Tarela's Graduate Studies Link Back to 'Duke in China' Program 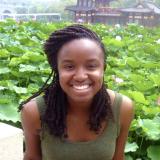 Class of 2016, International Relations and Chinese Language
Duke in China

Why did you decide to do the Duke in China program?

I wanted to expedite my Mandarin language study in order to achieve proficiency. My global advisor explained that Duke in China was the best way to do so. Within my political science major, I became interested in learning about China’s global standing in the world but felt I wanted to see the nation for myself.

How did going abroad improve your language skills and/or influence your ideas about Chinese culture?

Speaking Mandarin and retaining the language at a fast pace became easier. Going abroad gave me a realistic view of China as a nation. For example, visiting Tiananmen Square and the National Museum in Beijing gave me tangible experiences and perspectives to attach to my political science studies related to China.

How did your Duke in China experience influence your undergraduate experience?

Once I returned from Duke in China, I continued studying Chinese language for the rest of my time at Duke, fearing that I would lose the language if I stopped. I also got involved in clubs that related to China and Chinese language such as the Chinese Conversation Club, Duke East Asia Nexus, The Forum for American/Chinese Exchange at Stanford and the Duke Kunshan Ambassador Council. I became more immersed in knowing all that I possibly could about the nation.

Is there anything about this program that surprised you?

Besides language, I learned so much about Chinese culture. The weekend excursion to Xi’an made a huge impression on me. In Xi’an we were exposed to calligraphy and intricacies of Chinese traditional-style art. Riding bicycles on the Xi’an wall was also amazing because it finally helped me understand the function of Chinese walls in protecting the City when China was a conglomerate of empires.

What kind of student would succeed on this program?

Someone dedicated to improving his or her Mandarin abilities and willing to overcome initial fears of learning a language. Having an open mind and being flexible and curious will also help students enjoy the program.

What are you doing now?

"After a day of seeing the Terracotta Warriors, watching a Tang dynasty performance, and eating way too much food, I somehow found myself energized to visit the night market near our hotel in Xian."

"Let me tell you about that time I spoke useful Chinese for two continuous hours to an audience of 30 … no, wait, I mean 5,000. Four weeks into my summer classes on Duke in China, a Beijing-based study abroad company asked me to speak at their information session for Chinese students intending on applying to American universities."