A 6-WEEK SUMMER PROGRAM IN Politics and Culture

An Examination of Middle Eastern Communities in Europe

On this six-week, two-credit program, students learn to critically analyze the political debates about Muslims and Islam in Europe and about refugees and immigrants from the Middle East. We will study the impact of Turkish inhabitants and culture in Germany in order to examine the shifting political landscape of Turkish-German identities and between Europe and the Middle East. The Arab experience in Europe will also be explored from the vantage point of North African communities as well as more recent arrivals from Syria and the Middle East.

Eligibility: No prerequisites. Knowledge of German is not required. Non-Duke students are welcome to apply.

All participants enroll in two courses, each offering one Duke credit. No pass/fail option or auditing is permitted for either course.

This course is designed to understand the gendered experience of migration and its implications on language and cultural productions. It tackles with the issues of linguistic dispossession and acculturation to the new home and their impact on gender roles within the family, school or workplace. Through a multidisciplinary lens, the course will investigate strategies of survival and the ways in which a language is found for self-expression in cultural products such as poetry, music, culinary arts and visual arts. While the first part of the course will analyze literature on gender and migration from a global perspective, the second part will focus on the forced migration of the Turkish Greek case.

This seminar introduces students to politics and culture between Europe and the Middle East by contrasting three historical periods. The first is the late Ottoman era, and German/Ottoman relations through WWI, which put an end to the Ottoman state and led to the establishment of the modern Middle East. The second is the context of Turkish migrants in Germany as a microcosm of relations between the European Union and Turkey. The third is the contemporary cultural politics of Islam and Muslim “integration” in Europe. Ongoing issues of Islamophobia and intersectionality will inform our discussions of refugees, minorities and Muslims in Berlin and Istanbul.

Together, these seminars address the politics, culture and precarious situations of Turkish and Muslim communities in Germany and Europe. The program will furthermore draw on the international expertise of scholars in and outside of Germany and is embedded in university and community research institutions in Berlin and Istanbul.

The program includes weekly activities in the city, as well as excursions to other German and European cities such as Hamburg, Leipzig, and Amsterdam. Other activities will include visits with immigration NGOs and organizations as well as guest speakers.

You’ll share apartments with kitchen facilities with other program participants in groups of 2-4 students per apartment. Apartments are located in central Berlin. You will cook your own meals in the apartments, and eat local food at nearby restaurants and cafés. Some group meals will also be part of the program.

U.S. citizens do not need a visa for this program. However, if you are not a U.S. citizen, you may need a visa. Please be sure to research the cost of obtaining a visa for Italy, including any required travel to a consulate or embassy.

You will make your own travel arrangements to and from the program site. You are expected to arrive on the arrival date cited above, which usually means departing the U.S. one day prior. Once you have a flight itinerary, log in to MyGlobalEd to update your travel registry. 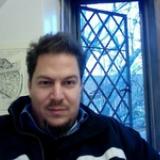 Associate Professor in the Department of Asian and Middle Eastern Studies 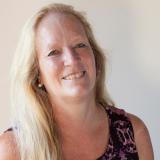 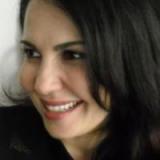 “This program confirmed my interest in working on the human rights side of migration. Advocating for and finding solutions to protect economic, social, and cultural rights is what I plan to pursue in my long-term career." 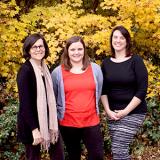