Smashing Watermelons, Smashing Politics on Duke in the Arab World 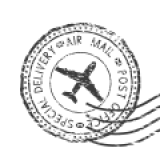 When I was still in the States, the two most common responses I got after telling people about my upcoming trip to Morocco were 1) that I would love the food or 2) that I would need to be careful not to talk about anything political lest someone find out that I am American or Jewish or both and somehow try to kill me. I excitedly received the first response, while rolling my eyes at the second. I was still surprised to find out just how vastly unbalanced the aforementioned view of Morocco is.

Every meal has been accompanied by some of the most intriguing political conversations I’ve ever had."

The food here is perhaps the most delicious I have ever encountered. Every night, my host family serves the most delicious koftas, tagines, couscouses, and even harissa-flavored pastas (no, I didn’t know that was a thing either, but look out America!). Fresh fruit accompanies just about every meal, including some fruit I still don’t know the Darija name for, let alone its English name. Even the watermelon here tastes better, especially when served at the end of a phenomenal meal by my host family.

It isn’t only the food, however, that makes mealtime so fascinating. This week, every meal has been accompanied by some of the most intriguing political conversations I’ve ever had. Sure, the language barriers have kept the conversation from getting very conceptual or abstract, but this actually seems to be a positive thing. It is much more tangible.

On the first night, my family asked me and John, who shares a home with me, about ourselves, including our religions. Although I was at first apprehensive to admit I was Jewish, fearing that I might have to explain every small component of the complicated, depressing affair that is Israeli politics every time I returned home, I instead found incredible cultural exchange. The family's eyes lit up, excited to explain their happy attitude towards Jews, informed by the rich history of Jews in Morocco.

I found that discussing the politics of the Israeli-Palestinian conflict was a feature, not a fright, in my stay in Morocco. The son in the family, Mohammed, explained his support for one state, while I explained my own for two. After some discussion on the matter, Mohammed’s mother casually commented that she thought the Palestinians absolutely crazy. Intrigued by this position that is even more extreme than some of the more right-wing Jews in the US, I inquired further about her opinions on the Palestinian Israeli conflict. Being that she could speak only Darija, she simplified her answer to a hand gesture in which she explained she actually preferred Israel to Morocco, if only she could live there: Israel straight, Morocco windy. Very tangible indeed.

At least in some parts of the Arab world, the people are ready for debate about democracy. The question is, are we?"

When our program visited Sidi Mohammed ben Abdullah University, we found some obvious questions about Donald Trump. The questions, however, focused not on why all Americans were stupid or racist or fascist, but instead on how we thought someone as hateful as Trump could gain a foothold in America, such a powerful and respected country that is known for at least being domestically democratic. Perhaps we should have expected a Trump question, but we were nonetheless unprepared to answer. Whether because of the nature of Trump or because of the unexpectedly nuanced nature of the students’ questions, I can’t say, but evidently our confusion showed.

While all of this has certainly been a blast, and being able to tell my parents all the ways they worried too much has its perks, it also highlights a concerning dynamic in America’s relation to the world that most people I ran into expressed a severe concern for my safety and ability to have truly advanced debates in Morocco simply because it is Arab and speaks Arabic. Many scholars think that the Arab Spring failed because the Arabs aren’t intellectually prepared for democracy, but this trip has smashed that interpretation of politics for me. At least in some parts of the Arab world, the people are ready for debate about democracy. The question is, are we?

Duke in the Arab World

"I plan to take my observations of being in these countries to contribute a different perspective in my ongoing studies of the Arab World and the Middle East at school."