Duke in London - Drama is on hiatus while the Global Education Office revises the program. We will not be accepting applications for this program at this time. If you are interested in studying the arts in London, please visit our new program Duke in London - Arts which is scheduled to run in 2022.

Study Drama and Performance in the Theater Capital of the World

Experience and study 15-20 productions in London

Over the six-week period, you'll experience intensive study of drama and performance through coursework, live performances, expert-facilitated discussions, and participatory scene work. You'll live in a residence hall at University College London (UCL) in central London and take courses taught in collaboration with a distinguished group of British theater practitioners and scholars.

There is no prerequisite except the desire to learn more about drama and theater and the commitment to actively participate. The program welcomes undergraduate students from all disciplines – engineers as much as English majors, pre-meds as much as future performers – who have a lively interest in theater.

Eligibility: There are no prerequisites for this program. Non-Duke students are welcome to apply.

Duke Affiliation: Co-sponsored by the Duke Department of Theater Studies and the Duke English Department

You’ll enroll in two courses, each offering one Duke credit. No pass/fail option or auditing is permitted for either course. Both courses may be used to count toward the major requirements in the English Department or the Department of Theater Studies.

A survey of drama from the Elizabethan period to the present based on performances offered by the Royal Shakespeare Company, Royal National Theatre, and other theaters in London and Stratford-upon-Avon. Twenty plays will be seen and studied. Text fulfills one course of the Reading Drama requirement of the Theater Studies major.

Understanding the growth of a play from the script to final production, with focus on shows playing in London. Includes backstage theater tours, scene work, observations, audition workshops with theater practitioners, and supervised projects. Performance serves as an elective toward the Theater Studies major.

Classes generally meet weekdays from 9:30 a.m. until 12:00 p.m. Performances are generally weekday evenings and matinees, with an occasional weekend performance.

A select group of distinguished actors, writers, directors, and designers involved with the productions you'll see will visit the class when possible. Past guests have included:

So that every student understands drama from an actor’s or director’s point of view, you'll be required to participate in two scenes coached and evaluated by a noted British actor.

In recent years, acting workshops and scene work have been supervised by Rory Kinnear and Paul Ready, leading actors with the National Theatre of Great Britain, and William Houston, leading actor with the Royal Shakespeare Company.

Students are not graded on acting ability, but on the ideas and effort they bring to their scene work.

Students in musical theater are offered the opportunity to participate in a master class in musical performance led by Michael England, Musical Director of Spamalot and a leading musical theater performer (recently this has been Olivier Award winner Daniel Evans, star of Sunday in the Park with George, and Gavin Creel, currently starring on Broadway in Godspell).

You will be housed in single-occupancy rooms in a residence hall of the University College London (UCL), centrally located near Russell Square and King’s Cross. It’s also near the British Museum and convenient to the underground and Theatre District. There are kitchen facilities in the residence hall and many inexpensive restaurants nearby.

U.S. citizens do not need a visa for this program. However, if you are not a U.S. citizen, you may need a visa. Please be sure to research the cost of obtaining a UK visa, including any required travel to a consulate or embassy.

When are payments due?

Duke students receiving financial aid are eligible for aid for this program (work-study funds must be converted to loans). Students are individually responsible for making the necessary arrangements with the Karsh Office of Undergraduate Financial Supportand the Duke Bursar’s Office.

You will make your own travel arrangements to and from the program site. You are expected to arrive on the arrival date above, which means departing the U.S. the day prior. You may depart the program site at any point on the departure date. Once you have a flight itinerary, log in to MyGlobalEd to update your travel registry.

Leadership of the program will rotate between professors Sarah Beckwith, Bradley Rogers, and Jeff Storer. The program faculty director(s) can assist with questions related to program academics, admissions, on-site needs, etc. The faculty director for 2020 is Jeff Storer. For all other inquiries, please contact the GEO representative listed. 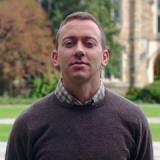 Assistant Professor in the Department of Theater Studies 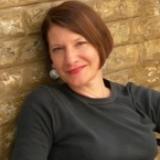 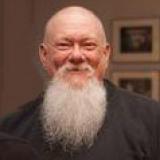 Professor of the Practice of Theater Studies

Non-Duke students: Non-Duke students are welcome to apply for this program. In the past our roster has included students from Yale, William and Mary, University of Michigan, Michigan State, Emory, Wesleyan, Wake Forest, and Point Pleasant.

*Special Note for First Year Applicants: Program acceptance cannot be determined until after Dean’s Checks are completed in January.

Madeline Taylor on London: Oh, The Things that Bring You to Duke!

"We were sprinting through the streets of London, past 221B Baker Street, past famous historical landmarks, just to catch this production with an actual British rock star playing Jesus. We normally saw shows for class each night, but this one was not on the list. Even though we had a free night, we still chose to go out and see another show. It was a magical performance.”

This program further enhanced my range of theatrical experiences and developed my critical/analytical eye.” 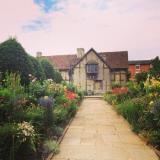 "Theatre is a medium that exists both as words on a page and in real time as a performance, and through the guidance of the director can be imagined and reimagined countless times, which we saw over the course of the program in two very different productions of “King Lear.” This perspective will influence how I look at literature in the future." 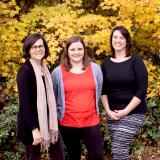