Spring in Berlin: On classes, host family, and friends 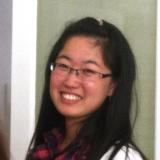 Class of 2017, Statistics and Public Policy
Duke in Berlin - Spring

Zoey Zou participated in Duke in Berlin during her sophomore spring semester. In this interview with the Global Education Office, Zoey talks about the experience of studying abroad as a German language beginner.

Zoey Zou with her host family in Berlin

So, why Berlin? What made you choose this program over others?
I am a Chinese national, and I went to high school in Singapore. I knew coming into Duke that I wanted to study abroad somewhere, I wanted to learn a new language. Duke in Berlin allowed beginners and, compared to other programs, that was unique.

I also liked that the program ran for more than six months. The program goes until the end of July, so you are really spending your summer in Berlin, too. I knew spending over half a year in the country and staying with a host family would give me time to learn the language and experience the culture.

How would you describe Berlin?
Berlin is not like any other city. There’s a lot of emphasis on politics. It has a very young, artsy culture. There’s also a strong entrepreneurship culture. The finance and business scene is not as prominent from what I saw.

You said you were a German beginner. How beginner?
I took German 101 at Duke, and I still needed a lot of practice after that. Not everyone on the program is a beginner—there are advanced German students there, too—but all the beginners and the engineering students start the semester off with a language intensive. From January to March, you focus only on studying German in a small group with a Duke professor. It really helped. As part of the program, we had to take a standardized language exam required for enrollment in German universities (like the German equivalent of the TOEFL), and my classmates and I got very good scores.

What courses did you take after the language intensive?
I took two courses that are specific to the Duke in Berlin-Spring curriculum: Contemporary Art in Berlin, taught by a local artist, and Berlin in Literature and Culture, taught by the Duke in Berlin resident director. At the German university, I took a German language course open to international students and one on EU foreign policy (taught in English). I also took German foreign policy (taught in German). In those classes, we were mixed with local students. I got credit toward my Public Policy major, so that was good.

How were the art and culture courses?
I didn’t really grow up talking about art and culture. I might visit a museum here and there, but nothing like the program offered. In the culture class, we studied a lot of German plays, and then we went to see live performances of them at the theater. That was really cool.

In the art class, we visited art galleries, museums, showcases, things like that. Some of the places we went were closed to the public or they were open by reservation only, but we were able to go because the Duke in Berlin staff had access. For my final paper, I wrote about the art collections in embassies and consulates around the world.

What memories do you have of things you did outside of class?
At the German university I joined the jazz choir—that was fun. We sang pop songs…in English, haha! Well, one in French, but mostly English. I also remember time with my host family. Their son was nine years old, and he didn’t speak English, so we had to be creative. Kids are fun to practice language with. He had a birthday party with his friends while I was there…he is just a beautiful little human! On one of the semester breaks, I got to travel to Iceland—I photographed the Northern Lights!—Switzerland, Rome, and Greece.

What about the people? Tell us about your experience with the other students.
At Duke, I have constant interaction with a group that has pretty similar characteristics—I know a lot of other Chinese nationals, Statistics majors, Econ majors. On this program, I got to meet Duke students I probably would not have met if I didn’t go abroad. I also met some German students. Two of them are actually on an exchange program, and they are here at Duke now. It was cool to meet up with them here.

There are students from other American universities on the program, too. I made friends with a Greek student, and it was so interesting because the Greek debt crisis was happening while I was there. I witnessed some pretty heated debates among my classmates about politics! She and I became good friends and she invited me to visit her family—that’s why I went to Greece over the break.

How would you say this program impacted your plans? Did anything change as far as your major, your goals after graduation, your interests?
I didn’t really switch paths or change my focus, but I guess I got a new perspective on what all is out there. It’s good to see the alternatives. I would seriously consider Berlin as a place I could go after graduation now. I’d love to go back. Now I understand what it’s like and I have a sense of the culture. One of my classmates actually stayed in Berlin after graduation and is running his own startup. I saw how he spent time going to networking events and making connections in the city to run his business, that was interesting.

So, speaking of graduation, what are your thoughts about the future?
I’m wide open to all possibilities. Ideally I’d like to spend a few years in the US. I’m open to grad school or a job, either one. But I’m really open to anything—like right now, I’m taking a course on energy policy in Latin America and our professor is Brazilian. Now that I’ve been exposed to these topics, I’d be interested in spending some time in that region.

What do you recommend someone considering Duke in Berlin do to learn more about the program?
When I was researching the program, I emailed the professors listed on the GEO website. It was helpful to hear about the program directly from them and ask questions. Also, I had a Duke Class of 2020 student email me about my experience, and I was happy to answer questions, so someone could contact me.